Petaluma is considered the gateway to Sonoma County while its central location makes it easy to take advantage of all the Bay Area’s great attractions. Located just 32 miles north of the Golden Gate Bridge, getting to Petaluma – and Sonoma County – is quick.

Petaluma itself has a wonderful community, having been named the #1 Most Caring Small City in America by Movoto Real Estate Blog, Adventure Town by National Geographic, and the #1 Fall Vacation Spot by Harper’s Bazaar.

In addition to its own accolades, Petaluma’s location provides its residents with easy access to San Francisco, the East Bay, and wonderful coastal hikes in Marin and Bodega Bay, as well as immediate access to the wine country in its own back yard.

Located on the site of an old olive grove, Penngrove is a small, former farming community of less than 3,000 people. Like its larger neighbor, Petaluma, Penngrove was once entirely dedicated to chicken farming and was the site of the Northern Pacific Railroad freight station in the early 20th century. Historic building still stand on Main Street, which is home to a handful of local businesses. Browse our selection of homes for sale in Penngrove.

Today, newcomers appreciate the tiny community’s location close to Highway 101 and the panoramic views from the foothills of Sonoma Mountain. Some of the most beautiful homes in Penngrove are country estates tucked away down the narrow, winding lanes above the community.

Hills, vineyards, towering redwood groves, and majestic oaks surround the city of Cotati’s unique, downtown hexagonal square. La Plaza Park and its bandstand hosts a Kids’ Day Annual Parade and Festival, a summertime farmers’ market, and the Cotati Jazz Festival. Cotati’s local flavor can perhaps best be experienced at the quirky Cotati Accordion Festival, which attracts thousands of aficionados of the instrument to La Plaza Park for a weekend of all things accordion. Browse our selection of Cotati homes for sale.

To maintain its small-town feel, Cotati residents voted in the 1990s to curtail growth by forbidding any annexation of land beyond a fixed urban boundary line. That ensures Cotati will remain a quiet residential community. True to its progressive Northern California roots, Cotati is home to FrogSong, one of the country’s first co-housing communities.

Coined as “the friendly city”, Rohnert Park is exactly halfway between the attractive vintage river town of Petaluma and the county seat of Santa Rosa. This location places the city in the middle of a 16-mile area of the largest population and retail corridor in the county.

Thoughtfully designed for families, Rohnert Park has tree-lined streets and attractive neighborhoods connected by bike and walking trails. Each neighborhood is designed around a park and elementary school. Farms and grazing land surround the city.

Within this environment Rohnert Park offers more public and private recreational facilities and opportunities than any other city in the North Bay. There is the added attraction of two state-of-the-art performing arts centers, one operated by the city and the Green Music Center on the Sonoma State University campus.  This concert hall transforms the classical performing arts in Sonoma County by attracting the finest national and international performers and adding to Sonoma County’s wine country ambiance.

A farming community known for its Gravenstein apple orchards and grapevines, Sebastopol is a small, family-oriented city of orderly, older homes. Horses graze just a few blocks from Main Street, and cars brake for chickens brazenly crossing the road. The city’s natural beauty and its proximity to the rugged Sonoma coastline and Russian River redwood corridor are just some of the reasons Sebastopol is popular with Sonoma County homebuyers. Browse our selection of homes for sale in Sebastopol.

Close to the Sebastopol business district, 100-year-old Craftsman bungalows predominate. In the countryside, buyers can find custom homes on properties with vineyards, apple orchards, redwoods, and streams. To promote the sustainable farming and locavore movement, Sonoma County Farm Trails, an agritourism and farm-marketing group, offers tours of farms, ranches, and vineyards around Sebastopol.

The largest city in Sonoma County, as well as the county seat, Santa Rosa offers all the amenities of urban life but is not far removed from the spectacular natural scenery that the Wine Country is famous for. Browse our selection of Santa Rosa homes for sale.

Old Courthouse Square is the center of downtown Santa Rosa and is surrounded by numerous shops and restaurants, including the nationally known Russian River Brewery. Historic neighborhoods, including Railroad Square, West End, and Cherry Street District, give Santa Rosa its quintessential small-town feel. Old mansions and Victorians can still be found near downtown on tree-lined McDonald Avenue, perhaps the most beautiful street in Santa Rosa.

The Fountaingrove and Shiloh neighborhoods and the canyons and hillsides surrounding the city offer the most prestigious homes for sale, and prices climb along with the elevation. Estates here are of the gated variety, built on large parcels of land and offering sweeping views of the valleys below.

Activities in Santa Rosa include the Charles M. Schulz Museum, dedicated to one of the city’s most famous former residents; Redwood Empire Ice Arena; and Safari West, a private African wildlife preserve just outside the city.

There is a growing technology footprint in Santa Rosa, though many residents commute to San Francisco — a trek that has gotten easier thanks to the addition of carpool lanes and road-widening initiatives. The addition of SMART train offers high-speed rail service from Santa Rosa and other Sonoma County communities to Marin County’s San Rafael with plans to extend south to the Larkspur Ferry Terminal.

A small town with a rich history, the center of the locavore food movement, and situated in the heart of Wine Country, the city of Sonoma is content to play country mouse to its more citified cousin, Napa. You won’t find enormous tour buses disgorging hundreds of passengers in downtown Sonoma; the city of 10,000 residents is mostly laid-back and quiet. Browse our collection of Sonoma homes for sale.

Centered on what many call one of the most beautiful town plazas in the state, with its historic, preserved Mission that dates back to 1823, Sonoma has the feel of a small country town — that is, if a small country town boasted more than a dozen tasting rooms of award-winning wineries. Surrounded by vineyards and more than 60 world-class wineries that mix the elegant with the down-home, Sonoma is ground zero for great wine and the lifestyle that goes with it.

All that makes Sonoma a premier destination, sought after for its mellow pace, natural beauty, and proximity to San Francisco just 45 miles south. Sonoma offers plenty of things to do, including jazz festivals, parades, cooking classes, the Sonoma International Film Festival, and exhibitions and openings at Sonoma Valley Museum of Art. 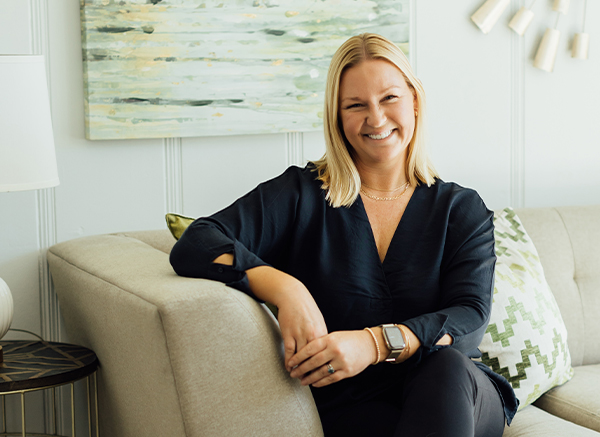